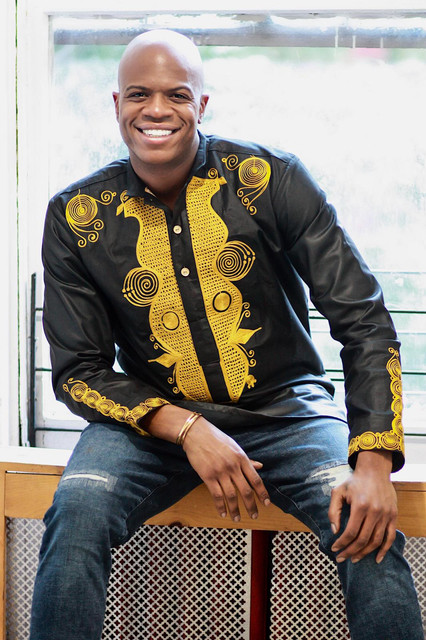 LeRoi James is an American producer, actor, singer and songwriter. Born and raised in Houston, Texas James moved to New York to attend and graduate from the American Musical Dramatic Academy (AMDA). Over the past 13 years, James has been a part of many Professional productions including 12 national musicals tours and 15 plays. His most recent work “M@D About” was an educational sketch comedy for kids teaching kids about life and financial literacy. After the first season LeRoi Became head writer and has since written and produced many of the sketches for the show.
M@d about can be seen nationally in Saturday mornings. LeRoi is also an educator and wants to thank all of his students for the constant motivation and inspiration they give him everyday… LeRoi is very excited and extremely grateful to be apart of the Dumbo film festival and wants to thank God and his family for all their love and endless support. 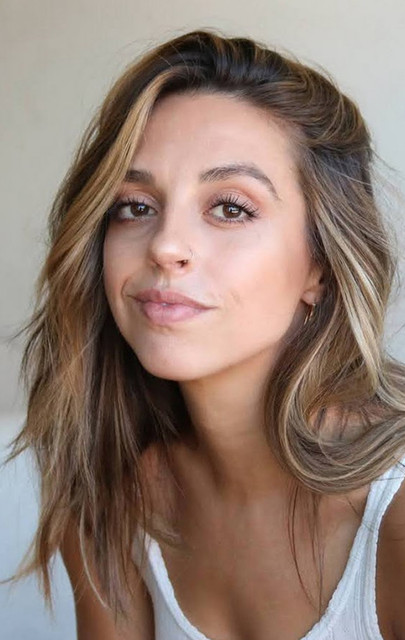 Kelly is a LA-based performer with a passion for creative collaboration, originating new works, voice over acting, being outside, being active, taking pictures, making music, making people laugh, and making new friends.
She is a born and raised
Midwesterner, hailing from the great state of Carmel, Indiana, and holds a BFA in Musical Theatre from the Chicago College of Performing Arts at Roosevelt University.

Most Recently, Kelly has been traveling around North America with the 2nd National Tour of Waitress the Musical, playing in the ensemble and understudying the lead role of Jenna Hunterson. She can also be heard on the comedic narrative podcast, Gay Future, voicing the principle character of Deb. 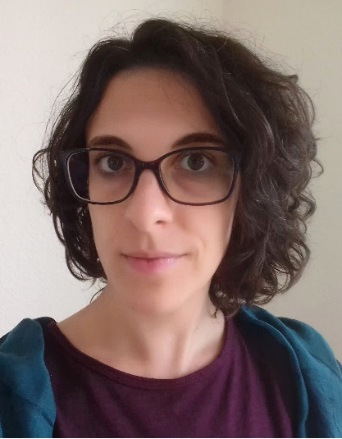 Cinephile, polyglot and clarinetist, Maria Adorno is above all a film historian with a highly international background: after achieving a Bachelor in philosophy in Torino (IT) and the trinational Master program EFMS – European Film & Media Studies at the universities of Lyon, Weimar and Utrecht (FR/DE/NL), she is now a PhD student in history of cinema at the University of Köln in cooperation with the universities of Udine and Lyon (DE/IT/FR).

The focus of her thesis is the multiple versions, first systematic answer to the issue of languages raised by the talkies of the early sound film history. In her project she specifically analyzes the transcultural dimension of the multiple versions with a comparative approach. Maria’s knowledge of Italian, English, French and German, together with the polyhedral structure of her thesis project, will allow her to obtain the Doctor Europaeus title.
Following her passion for film festivals and music, Maria also works as event assistant at the Karlsruhe Silent Film Festival. On Trajectoires I 12 she published the article “Les versions multiples entre France, Allemagne et Italie” (Paris, 2019), while her talks include, among others, conferences in film and cultural studies in Zürich, Lyon, Orléans (AFECCAV), Berlin (DAAD) and Palermo (NECS).
For the DFF 2020, she is very glad to hold a workshop on multiple versions and transnational cooperation! 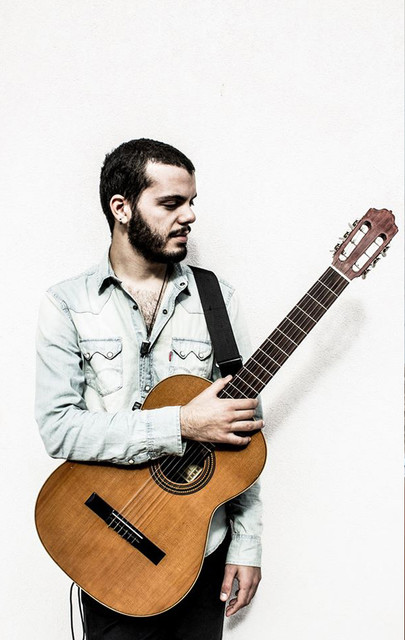 Born in 1988 in Italy and raised by a family of music artists, at the age of 6 he joined a children choir which gave him the opportunity to sing in operas and concerts at theatres in many cities such as Catania, Messina, Taormina (Sicily, Italy).
At 14 years old he started learning to play the guitar: he took the Heavy Metal course at CESM school for 1 year.
That inspired him to create his own music, joining bands of all kinds, recording many songs and exploring many genres: rock, metal, funk, folk and so on.
In 2007 he released his first Demo with Lost Ape of Killa (“Midnight Pumpkins”, metal), in 2009 his first Solo Demo (“Andare Lontano/Nessuna Esistenza, Folk), in 2010 his first EP with Lost Ape of Killa (“Lost Ape of Killa”, metal), in 2016 a Solo EP (“Mirrors Beyond The Sea”, folk), in 2019 a single called My Walk (folk) and in 2020 an EP with a new project called Another Heavy Summer (“Combinations”, groove metal) featuring Fabrizio Trovato on Drums and Dino Fiorenza on Bass (“Short” and “An Easy Way To Get Out”) and supported by Milky Bomb Records.
In 2020 he also released various singles: “A Million Faces Of Myself” (heavy funk rock) featuring. Fabrizio Trovato on Drums and Alessio Mirabella on Bass; “Here Without” (folk/trip hop); “And You’re Here”, “Reality to Apply” and “The Road To Take” with Clifftop Empire (alternative rock).
He’s been dedicating his life to create folk music with a mix of other styles, which gets bigger and wider as the years go by.
Pietro Blanca is a songwriter who likes music in its totality.